skip to main | skip to sidebar

I've decided, now that I am on quite an exciting journey in life (actually, most of my life has been an exciting wonderful ride, Alhamdulillah), I am going to try and revive my blog.
Hopefully I keep at it this time around, continue writing and updating. Stay tuned for the first 'proper' post in this revival! :D
Soundtrack: Death Cab for Cutie - Unobstructed Views
Mood: Excited
Location: Bedroom, friend's home in Sydenham, Christchurch New Zealand
Random thought: I think I'm starting to get used to this cold
Posted by Fizzy Fizah at 8:47 AM No comments:

Cross-posted from my Tumblr

Kysern: from one of the pic captions:"The Altered Frequency band rocking on stage at Fly FM’s Campur Chart Goes Live In Support of Earth Hour 2009."
Kysern: that's one of my pet peeves "The AF BAND"
Kysern: it's like, it's just AF lah
Kysern: u dun say "the U2 BAND" or the "search BAND" or the "beatles BAND"
Kysern: idiots. and it's not just one writer
Kysern: it's like..... a whole bunch of them
Kysern: read so many writeups redy
Kysern: all also like that
Kysern: stupid
FizzyFizah: quite true
FizzyFizah: i wonder if it's the writers thinking they have to explain to an ignorant audience
or if they themselves are the ignorant ones hahaha
FizzyFizah: "let's go watch the Simple Plan band tonight!"
FizzyFizah: I'm a big fan of the Paramore band!
FizzyFizah: ahahaha
FizzyFizah: if you name your band The Band
FizzyFizah: it will be "The The Band band rocking on stage at Fly FM's campur chart"

I know, I've been bad. I have left this blog of mine, abandoned, alone, un-logged-in, for way too long. Oh weee what do we have here, a hint of green, a touch of fungi....ingrown hair, flaking pixels...

But I'm back! And that is what's important, yes?

Soundtrack: Jimmy Eat World - Bleed American
Mood: Bummed and missing my laptop + camera very muchly
Location: Hoxe's Cafe
Random thought: Screw the person who stole my stuff, may you slow burn in the hell of all hells
Posted by Fizzy Fizah at 5:47 PM No comments:

Off to Karachi.... again

So I'm waiting for my flight, my second trip (and most likely last, on this project) to Karachi, Pakistan. I guess after going there the first time around I'm a bit less anxious about the whole trip since I've already seen and experienced myself the environment and the people there. I know there are still a lot of instabilities in areas such as Peshawar and Islamabad, but InsyaAllah Karachi will be safe :)

I'm a bit sad to miss out on all the Chinese New Year excitement this Monday and Tuesday... and all the open house invitations I had to turn down... all that yummy fooooood!!! But hey, there's lots of yummy food to look forward to in Pakistan as well so my tummy will still get its fill haha.

I had some suspense two nights ago when I started feeling crummy myself (after Mummy and Amir coming down with some form of viral fever, I guess it was inevitable I would catch something too)... so yesterday morning I immediately went to see the company doctor and asked for any prescription that would make me feel better ASAP! I didn't want to fly out to Karachi with a fever! I felt worse by the evening, but thankfully my fever broke last night... I was all hot I could feel my heat off my feet. I took my meds, slept early, and woke up this morning feeling much better. I'm still feeling some heaviness in my muscles and joints though, and the tickle in my throat is still there. But at least my temperature's not high and my nose isn't blocked anymore. Would've been totally, majorly sucky if I had to go on the plane with a blocked nose... that'll just kill my ears what with the pressure and all.

Yosh I better pack up now as boarding time is near. Final thing to leave you with:

Soundtrack: Live football playing on the TV in the lounge
Mood: Anticipative
Location: Emirates Lounge, KLIA
Random thought: Arrrrhhhhh my shoulders.
Posted by Fizzy Fizah at 1:16 AM No comments:

Time to get fit yo!

Shites!!! This seriously makes me think I gotta get fit like, now! Tercabar wei...


Soundtrack: Live telecast of Obama's inauguration on TV
Mood: Excited
Location: Shah Alam living room
Random thought: Najib's probably watching the inauguration imagining it was him up there boaahahahahaaahahaa.
Posted by Fizzy Fizah at 12:50 AM 2 comments:

Catching up on Take That

I spent tonight catching up with anything new on Take That. I didn't know they did an advert for Marks & Spencer! Oh sigh my boys look sooooo hotttttttt


And oooh looky looky I changed my desktop wallpaper (after almost 1 year of using the As Tall as Lions album artwork): 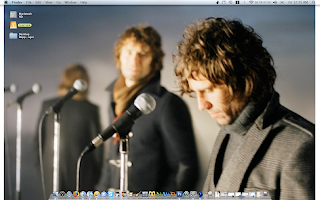 *giggles* Yes it's Jason Orange.... dududuuuu.... Sorry Mak Teh!!! His profile looks too sexy and good and ANYAAAAAA in this picture I couldn't resist. So now when I switch on my laptop I do a mental ruffle of his hair teeheeheee!

Thanks to much web-hopping, I have come across some fabulous stuff on the Internet. Some are just highly interesting reads, some are eye-candy goodies there to make me swoon (read Alex Pettyfer Jason Orange Ed Westwick lots and lots of hot brit boys lalalaa), and some are of the niftiest, uber-cool brainchilds of tech geeks from around the world.

And although I'm now a bit less enthusiastic about signing up for new accounts left and right, I HAVE signed up for two new accounts that I thought are the coolest things ever. First, I now have a Twitter account. Secondly, I created a Qik profile and tried streaming my first live video via my phone. It worked really well and I'm quite amazed at the speed too! However, I need to check with my mobile service provider about the charges incurred to get the videos up. If it's too expensive I think I'm gonna have to scrap the whole Qik thing :P

Oh and for those of you not already using Flock, you HAVE to at least give it a try. Especially if you're already in a loving relationship with Firefox. I downloaded Flock in late September last year and I think it's better than chocolate cheese cake! Never had I imagined the web browser to take on such integration and high functionality and the levels of customization ahhhhh I'm just so in love with it.

Soundtrack: Take That - How Did It Come To This (have had this on loop for hours haha)
Mood: Tired but happy
Location: Living room, Shah Alam home
Random thought: If the sun smells too loud, does the moon sing too bright?
Posted by Fizzy Fizah at 2:17 AM 3 comments:

Who knows where thoughts come from?